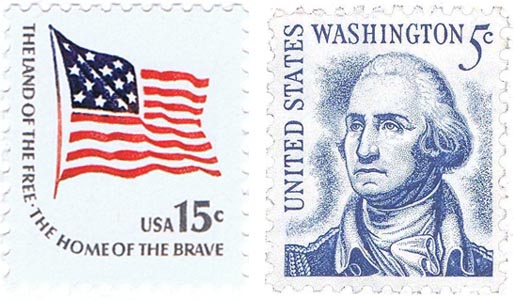 Two of the earlier U.S. definitive series in the second half of the 20th century have been under-represented in our committees. Of the Prominent Americans and Americana series, only the Americanas had some standing as a study group. That is ironic, considering Americana stamps were issued within 8 years (1975 – 1983). But Prominent Americans were issued across 17 years (1965 – 1982) ending just a year behind.

A study group for the two series together allows more participation. Students and aficionados alike of either series are aware that the modest duplication of denominations in the two series reflects the complementary roles each held in serving the mailing public in the latter half of the 1970s.

Anyone who already has an interest in either of these “modern” series or who is looking to begin a new area to collect is encouraged to contact Ron. Either series has more than meets the eye in bridging the “classic” postage eras of the U.S. and the recent decades of space shuttles and the Internet.